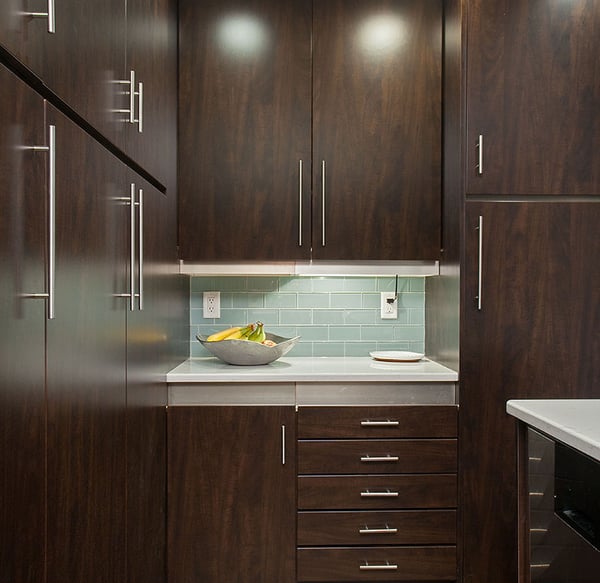 If you're tired of all that old fashioned stuff, you're on the lookout for a modern design. But, wait! Which version of Modern are you actually interested in?

You see, in the English language - the adjective modern means contemporary and/or of the current era. However, in the language of design, modern means different things depending on the reference.

The Original "Modern" is Technically Antique

The first era of Modern design (capital 'M' intended, since it's a specific school of design) began in 1920s Germany and quickly blossomed into what we now call Mid-Century Modern.

At the time, this new design trend completely contrasted with the leading design schools of the day, doing away with superfluous accents, showmanship and frippery. Instead, Modern designers focused on the clean, artistic appeal of sleek, streamlined, no-nonsense design elements.

You are correct if you're scratching your head thinking, "but wait a minute! Those are all true of contemporary design..."

The New Modern is Postmodern Contemporary

They are, but they are done differently. A home decorated to suit the 1950, 1960s and 1970s - all of which centered around the Mid-Century modern design styles and preferences - does not look the same as a home decorated with a contemporary design approach, even though many of the same ideas or focuses are upheld. Notice we accented the word 'home' above? That's because while homes were still playing with Mid-Century Modernism, architects and artists of the 1960s were already changing the face of Mid-Century designs and it's only in the past decade or two that the Postmodern tenets have influenced home design in a trend-setting way. 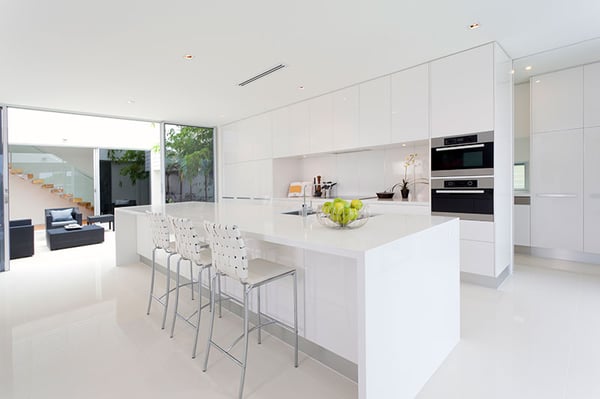 Postmodern contemporary designs take the minimalism of the Mid-Century Modern and classes it up a bit. The 1960s brought an explosion of color and pattern back into the world. However, you'll notice that in many 21st century home designs - homeowners opt to simplify their color schemes because neutral palettes are more ideal for the rate at which we buy and sell homes these days.

That being said, Postmodern designers didn't like the rigidity of the Mid-Century design rules, so there is a bit more freedom to express oneself in a Postmodern design - and the design will often honor and reflect the history, geography etc. of the area. Thus, for example, if you live in an original Craftsman home, odds are a postmodern kitchen design will include some of those original wood-accented architectural design ideas - while playing them out in postmodern way.

These are the basic characteristics that set Postmodern Contemporary apart from Mid-Century Modern designs:

And, of course, it's all about technology these days. So the postmodern kitchen is also one that takes advantage of high-tech gadgets and smart gizmos aplenty. 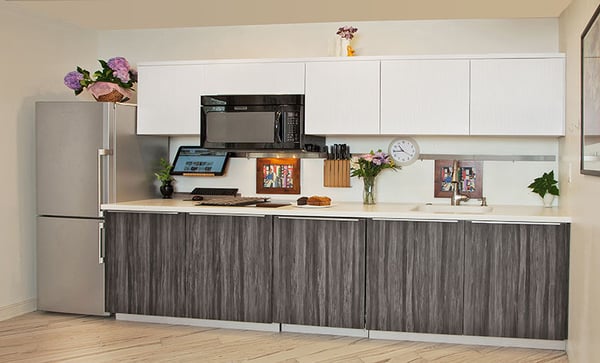 The over-arching difference between these two design modalities is that Mid-century Modern is a style of it's own. It is not easily blended with other design styles, because once you start introducing elements of Mid-Century Modern in to a room, it tends to take over as the dominant style. Postmodern contempoary, on the other hand, is a much more flexible and integrative style that doesn't necessarily relate to a certain period of time, and thus can be more easily merged with different design trends.

So - are you a Mid-Century or Postmodern Modernist? Or perhaps a combo of both? Either way, the Kitchen Magic crew can help you design a kitchen that remains relevant through the ages.